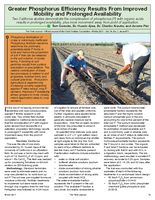 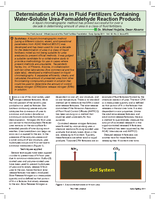 Determination of Urea in Fluid Fertilizers Containing Water-Soluble Urea-Formaldehyde Reaction Products
Dr. Michael Hojjatie, Dean Abrams
A liquid chromatographic method has proved successful for over a decade in determining amount of urea in a class of ﬂuid fertilizers.

Careful When Blending Fluid Fertilizers
Drs. Tom Fairweather and Dale Leikam
Compatibility can be a problem for many blends. 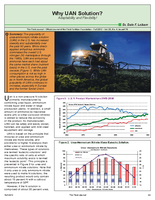 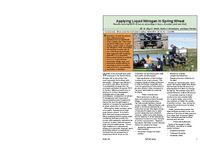 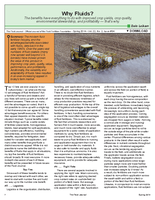 Why Fluids?
Dale Leikam
The benefits have everything to do with improved crop yields, crop quality, environmental stewardship, and profitability — that’s why. 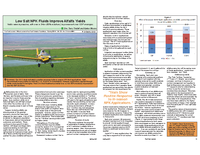 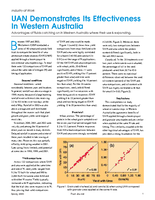 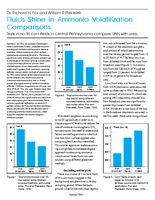 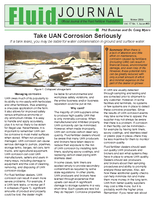 Take UAN Corrosion Seriously
Phil Bureman and Dr. Craig Myers
If a tank leaks, you may be liable for water contamination in ground and surface water. 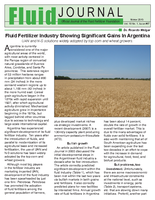 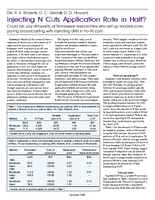 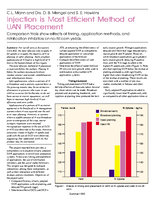 Injection is Most Efficient Method of UAN Placement 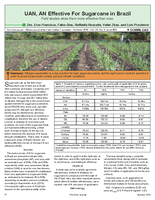 UAN, AN Effective For Sugarcane in Brazil 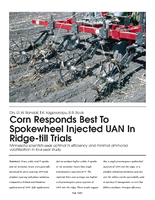 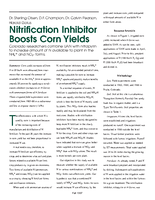 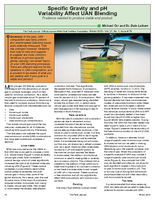 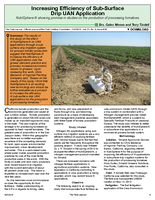 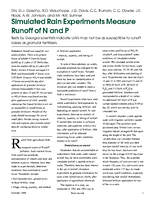 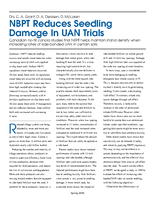